Customers may have various operational reasons in PROD environments for wanting to lower the severity of an alarm or alarms related to alarm management processes.

You may be sending major/critical alarms to your help desk system as P1 Critical Events that page your on call personnel. For example, you may be getting sporadic major alarms from controllers that say "Failed to send set_hub to spooler (communication error)".  This is a known problem that's fixed in robot version 5.52 and it generally is not a serious condition and it seems to eventually resolve itself in most cases. You may not want to ignore the alarms in case there is a real problem so as an alternative, you want them to show up in the alarm viewer as warnings so you can see them but they don't wake people up in the middle of the night.
Cause:

- need to lower severity of an alarm(s)

As an example, simply add a Script under Auto Operator->Scripts and save it as "lower severity of an alarm"

Don't bother testing it using the green arrow (Validate and Execute script) as it won't work and it will return an error if you try to test it in the AO window.

See screen shot below for a sample pre-processing rule configuration where the Filter type is custom, and reference the script you just created. Name your rule lower severity of alarm or something similar. 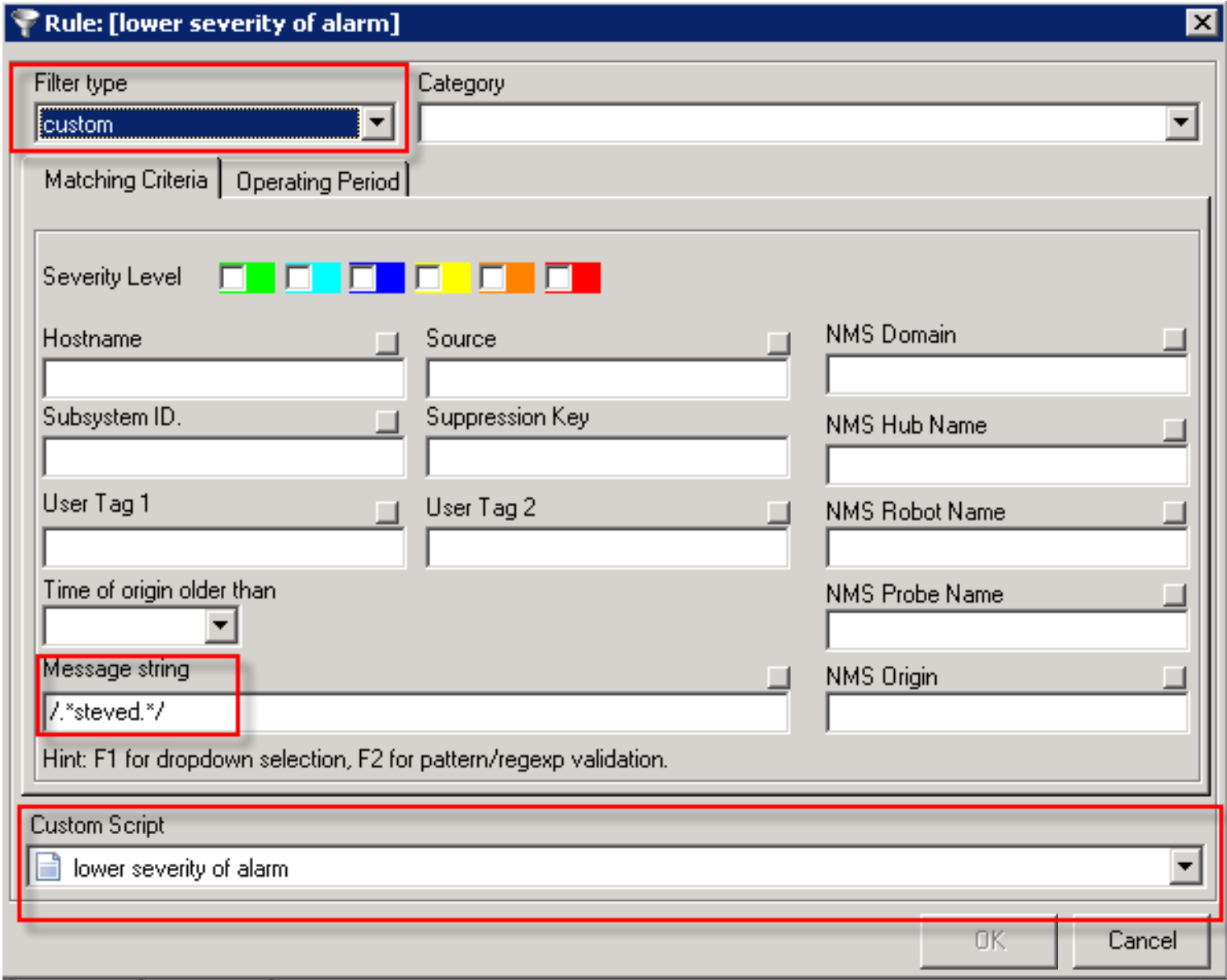 And you will see in the alarm sub-console window the alarm will automatically be changed to a major severity. (level 4).

(hint: In the alarm sub-console, filter on the message /.*steved.*/ and Apply the filter so you can see it easily among your alarm message),

Here is an additional scenario involving a alarm from the data_engine which the customer wanted to lower from Critical to Major severity.

1. Setup a nas preprocessing rule to filter on the data_engine alarm message substring:

/.*Failed to insert QoS data into the database.*/

- which uses a custom Action (script):

Send a test message via the nas Status Tab->
Failed to insert QoS data into the database, check that the database is running

...and the message should be generated and the severity successfully lowered to Major from Critical.