We run an Automation Analyzer batch job to create a monthly report but we noticed the numbers are not consistent. We are using the same parameters when running the reports but there's a discrepancy when we run the report minutes apart.

Here's an example shown by using option 7.2 in OPSVIEW. I want to run a report of April: 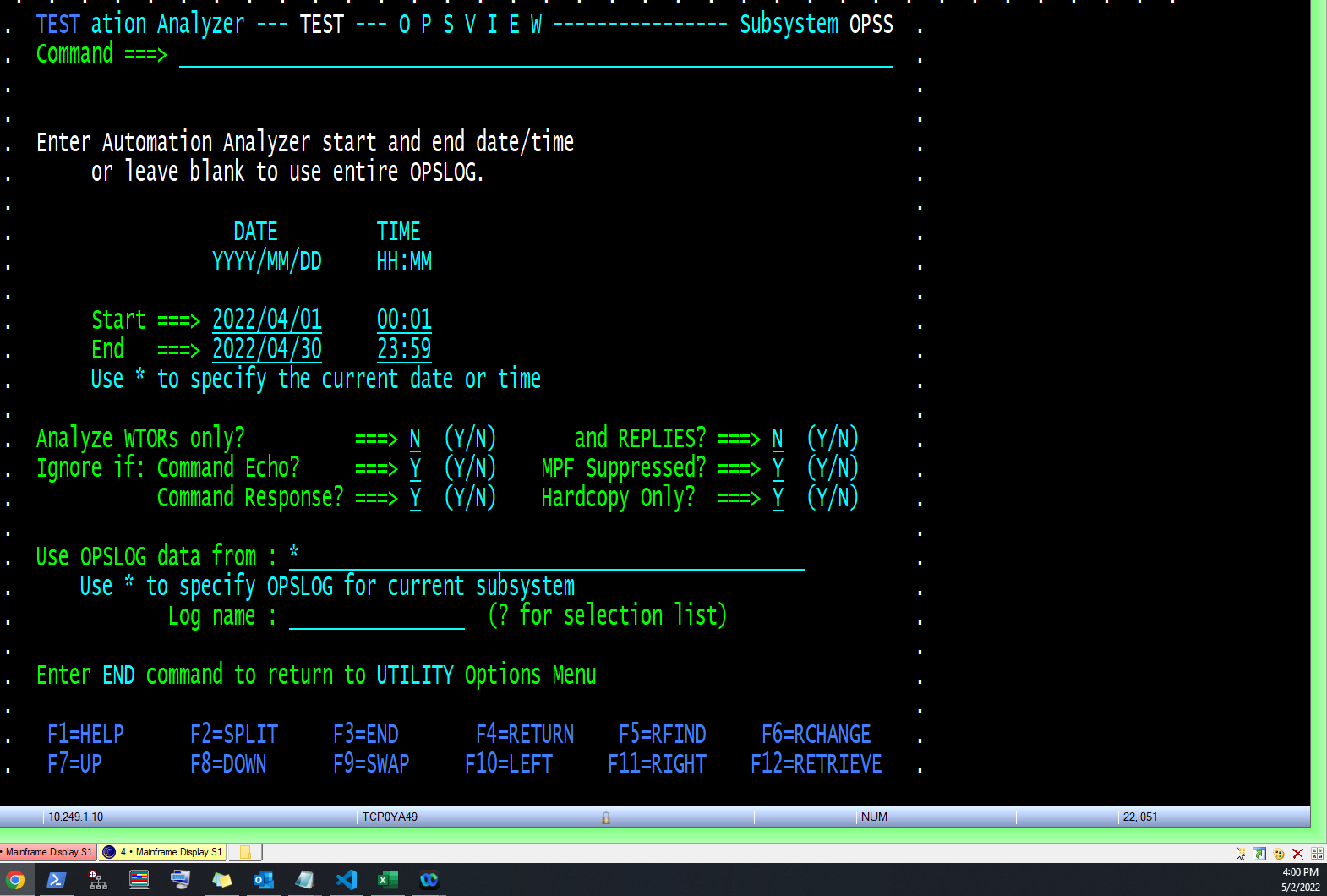 This was taken at 15:53 per the time stamp shown at the bottom of screen shot: 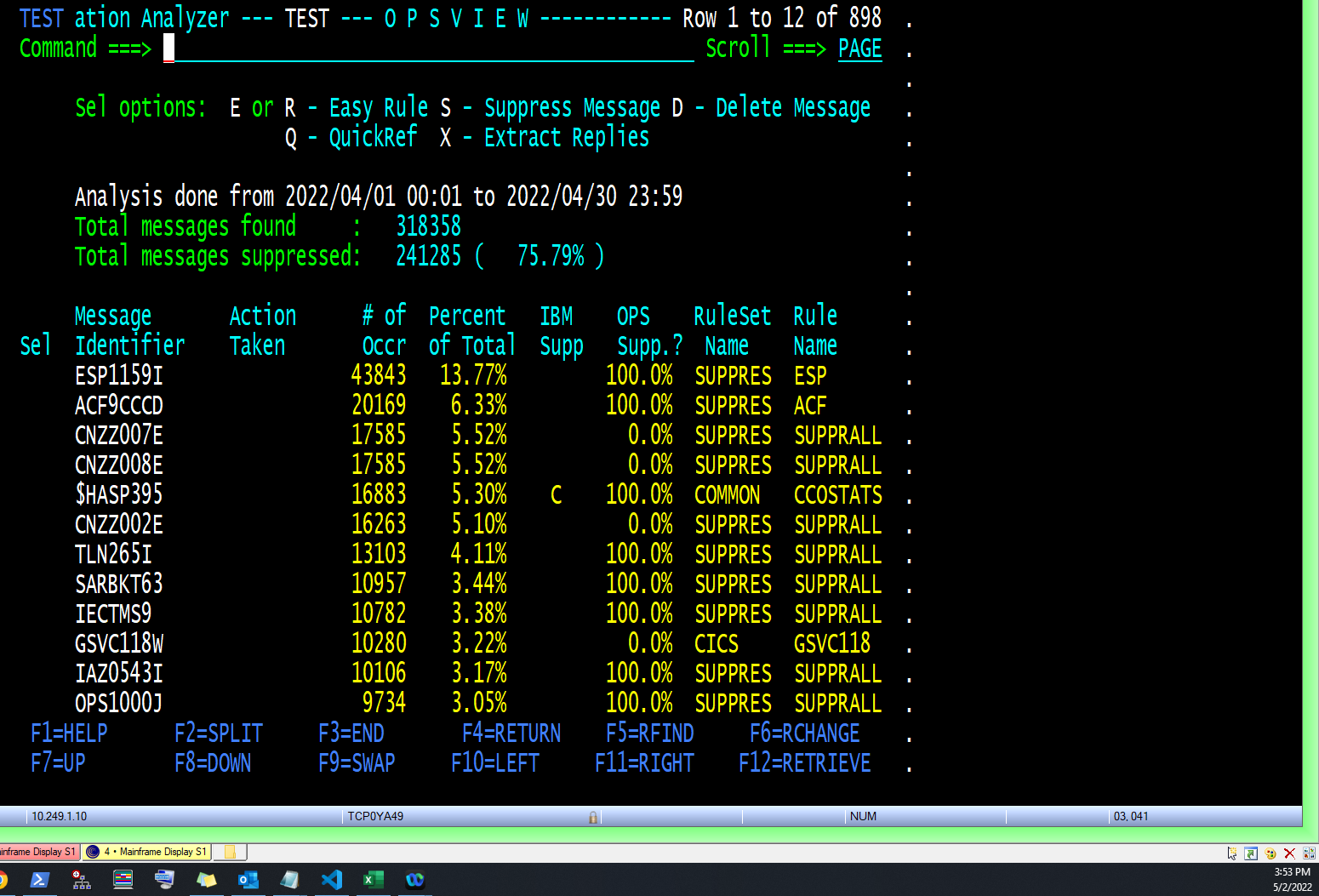 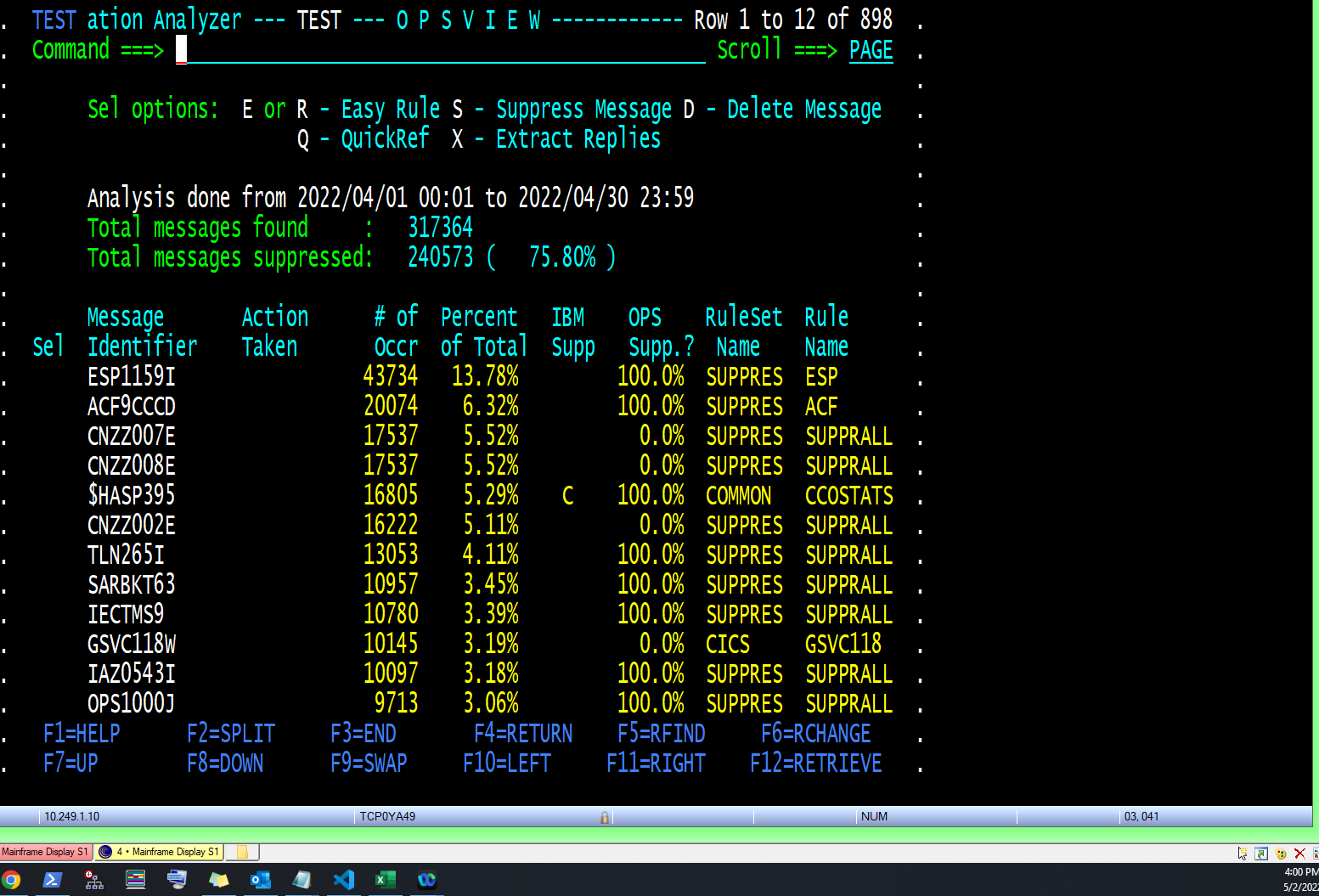 Differences in the Automation Analyzer message counts is expected behavior when running the report multiple times against a live OPSLOG.

Automation Analyzer reports (option 7.2 in OPSVIEW) allows message events to be examined that originated in the subsystem interface and that appear in OPSLOG.
When running Automation Analyzer against a live OPSLOG for the same specified range at two different times, older messages may have scrolled off OPSLOG for the designated range by the time the second report is generated and thus the message counts can be different.

How to use the Automation Analyzer: