Create maintenance based on suppression key

We have received several requests to stop monitoring for specific alarms such us CPU, in a specific time interval. This usually happens when client identifies that alarm is generated by a batch process that runs at a specific time. We have reviewed documentation and we have not been able to find any way to configure maintenance windows for one particular alarm, such us putting in maintenance by "Suppression Key" i.e. "cpu/total". Is there any way to create maintenance based on suppression key or any other similar mechanism?

Configure a nas preprocessing rule using the alarm suppression key, and configure an Operating period in which the rule takes effect, e.g., to set an alarm to be invisible. 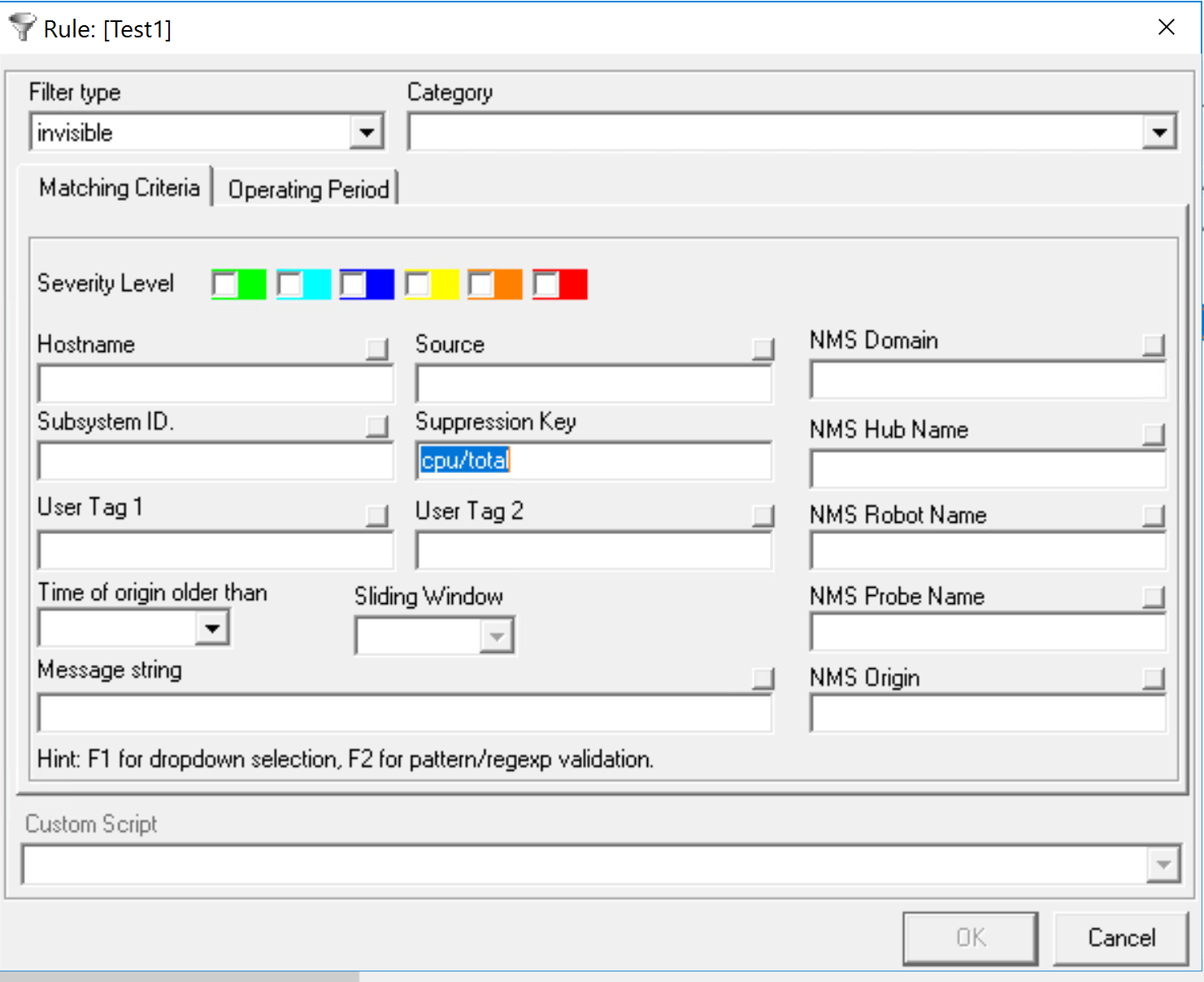 During our testing, we then tried to deactivate the preprocessing rule but it didn't seem to take effect on the existing invisible alarm. This is actually, currently 'working as designed.'

After you Deactivate the preprocessing rule, you have to either:

a) Acknowledge the same existing (active) invisible alarm, OR

b) Set the same alarm to Visible first, because its an active/existing alarm, not a NEW alarm.

So you'll have to set up a separate/additional preprocessing rule that uses a script to turn the alarm visible outside of the original operating period. The script would be simple, for example: 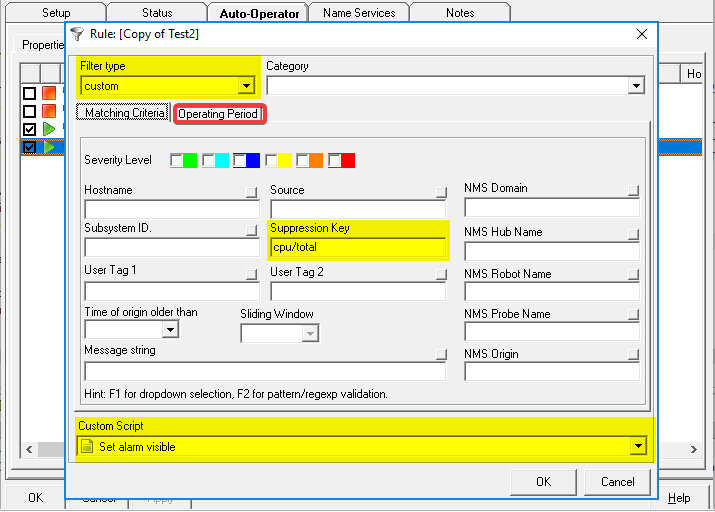 So for the 2nd preprocessing rule, set the Operating period in which the alarm should be visible/set to visible again.